Don’t know about my cooking , but surely I’m one of that kind of person , who can’t sleep properly at night due to too many ideas swarming into head . 😀 This recipe is another outcome of my “very fertile brain full of ideas” . 😀 well, this idea was banging my brain too hard for couple of days , got peace after making it . 😀

The beauty of this recipe is , it is a combination of individual 3 or 4 recipes , each is awesome their way . We have achari keema , stuffed pepper , kabab and kabab korma recipes in one single preparation . Though sound complex , trust me , it’s an easier one . You can prepare kababs and keema ahead of time and save much of your time .

Lightly dry roast the ingredients and crush into a powder .

Crush all the ingredients together into a coarse powder ( it must not be fine).

1. Mix all the ingredients mentioned for kababs and make long kababs . Give the smoke of charcoal for 5 minutes and then keep the kababs in the refrigerator for at least 2 hours . Or you can fry them first and then can give the smoke . I did it after frying . Fry them in a frying pan with enough oil, but shouldn’t be deep fried . Don’t fry them too much , or else the kababs will shrink and will be tough . 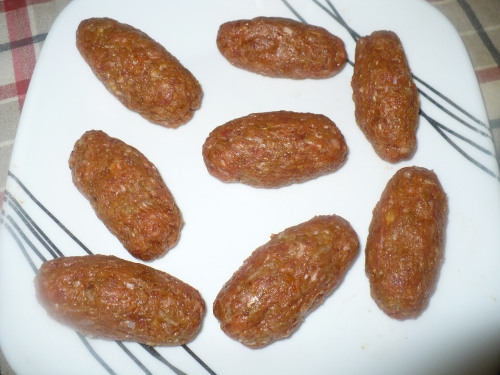 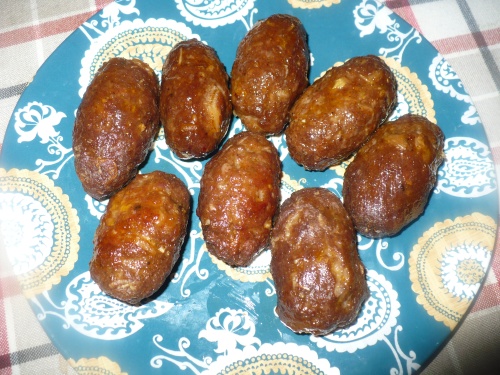 2. Heat oil and add the cinnamon, cardamom , bayleaf . Add ginger , garlic paste, chili powder, salt and little water . Cook well , what we callin Bengali “Koshano” adding water little by little . Add Half a cup of water and coconut milk. Add the kababs and cook until the gravy reduced to desired consistency . Take out the kababs from gravy . There will be approximately 1 cup of gravy which will be used in making the rice.

3. Now , make the achari keema . Marinate the keema with all the ingredients, except oil and pickles . Heat oil and add the keema . You will see water releasing from the keema , let it coon on low flame on it’s own water . If needed add enough water to cook it thoroughly . When almost done , and the water is reduced completely add the pickles and chopped green chilies . let it cool .

4 . Slit the green chilies lengthwise and remove all the seeds from them . Stuff them with keema . Shallow fry them on a frying pan . You can bake them too .

5. Heat ghee in a wide bottomed utensil . Add the onion and fry until light brown. Add the rice , 1 cup of gravy from the kabab korma and 5 cups of boiling water . Add cinnamon stick, cardamom pods, black cardamom, star anise , bay leaf , salt and ginger juice . Don’t stir after adding water , or else the rice will be gooey . When the water is reducing add handful of whole green chili , around 10 chilies . When the water is dried out , stir with light hand so that the rice should not break .Put the biriyani in “dom” . I use the double boiler method . Put your biriyani pot over another pot filled with water . The steam will work as dom . Place the stuffed chili over the rice while it’s on “dom” .

6. Before serving take the stuffed chilies off from the biriyani . Sprinkle keora water and add the saffron milk . Layer the biriyani in the serving dish with kababs and stuffed peppers. 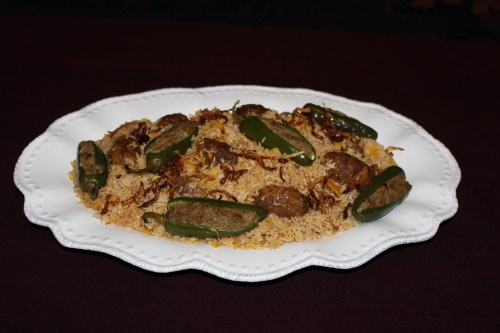 This entry was posted in Glossary / Notes. Bookmark the permalink.